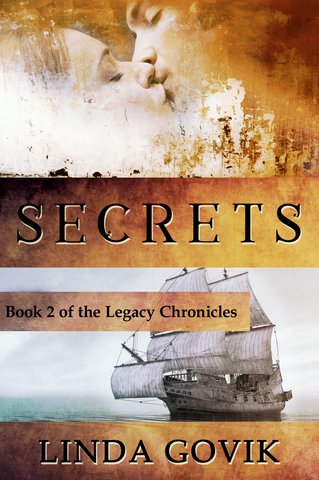 They entered a large room, lavishly decorated with expensive paintings and taxidermy mounts—foxes, deer, even a tiger, all staring at Lyndon with glassy eyes. A large desk formed a grand centrepiece, and the sheriff walked up to it to pour the whiskey from a carafe standing on a silver tray. Meanwhile, Lyndon looked out through the barred window, from which a good view of the gallows was offered.

“Front row,” the sheriff said, and joined him. “Can’t say I like it much.”

The structure was almost completed. The workers sat in the shade by the base, drinking beers from dusty bottles. Lyndon tore his gaze from the morbid sight. Even though the room was very warm, the tips of his fingers were cold. He wrapped them around the tumbler given to him by the sheriff, as if it would lend him some heat, and sniffed automatically at the amber beverage. Smooth, flowery vanilla, buttery toffee and a sharper tang of tar and smoke floated into his nostrils.

“Like I said; fine stuff,” the sheriff said, and made a quiet toast.

They drank, the sheriff in audible, lusty gulps. “So,” he said, wiping his mouth and putting down the glass. “How can I help you, Captain?"

“I’m here to collect one of your prisoners.”

“Are you indeed? I can’t remember seeing a decree…?” He went to the desk and flicked through a pile of documents, but gave up and squinted at Lyndon. “Or do you have it with you, perhaps?”

After her journey to France, Lady Emily Stanford resumes her much hated life as the mistress of the Greywell mansion and strives to be the obedient wife her husband, Lord Charles Stanford, wishes her to be. In the deceptive calm that follows, her brother-in-law Lyndon Stanford returns to Ireland—his former home, where he once lost his family in a brutal attack. When he unexpectedly receives details about the men involved in the deed, he sees an opportunity to get answers and perhaps even bring them to justice. His quest brings him onto unexpected paths, one of which leads to a revelation that will change his life forever, and another path once again crosses the life of his sister-in-law, Lady Emily, who is facing a personal dilemma and needs Lyndon's help.

As events unfold, old wounds begin to heal and promises of bright futures finally beckon—but then dark secrets from the past emerge, bringing with them a new enemy, who is seeking to take control over the Stanford legacy and will stop at nothing to attain it.

Download the first installment of the series FOR FREE at Smashwords or B&N (unfortunately, I can't offer this at Amazon, because they don't allow that)