My years of writing has taught me one thing: by the end of the day, you need resources and a network. Let me present my "team" - all awesome professionals who knows how to turn your dream into reality!

Editor for Heart Full of Stars, as well as making formatting work on Legacy.

My editor for the Legacy trilogy. Personal, insightful and wise - Sandra knows her work and will do a great job of it. She has a wealth of tips for those of you who want to make it in the business, among which one is a book shock-full of good advice.

Worked with me on a mystery novel that will (sadly) never be published. But Hayley and her team offers affordable services, and are professional and easy to work with.

when your book has been published

If you're an indie writer and you're like me, you'll probably think marketing is a b*tch. If you have some cash left, here are some tips for how to get reviews and create a buzz around your book! As always, however, you have to use your own sound judgment and go for what floats your boat.

For a fee ranging from moderate to not-so-moderate, this service offers promotion packages such as Netgalley listings and various blog/social media blitzes. Why is this needed, then? And does it work?

If you're not completely into the business of marketing and don't have a solid fanbase or lots of friends, getting anyone to post news about your book or getting reviews is a difficult thing. With this service, it's possible. BookBuzz puts your book on Netgalley, where real readers will download, read and give their honest opinions, which they will then put on Goodreads. For Heart Full of Stars, this resulted in 19 reviews, which is a really good result! BUT, beware: the reviews aren't sugar-coated. The readers will give it to you, and if they don't like what they read, they'll say that, in the same way they'll praise the book if they like what they're reading, so only opt in if you're confident in your writing. In addition to all this, you will also get some great mock-ups to use in your own marketing. 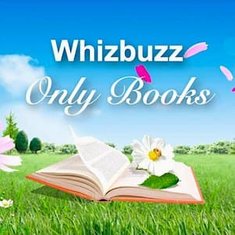 According to Whizzbuzz, they want to "help Indie authors in their efforts to get discovered by readers by providing them with long-term social media promotion", and that is exactly what they do: they offer exposure on social media for $49 over a year. Twitter, Facebook, Tumblr, Pinterest, Wordpress, Goodreads, LinkedIn and Flipboard are the channels they target, and your book is repeatedly promoted during the course of that year.

Now, it may seem a bit dodgy and almost like a scam to submit to something like this. Most probably, I'd think so myself, if it wasn't for the fact that it ACTUALLY seems to be working. For example, during the year I went for the promotion deal, I sold quite a lot of books on B&N, without any other marketing. When the subscription ended, I also stopped selling. Coincidence? I have no idea, and admittedly I can't really make the same crystal clear correlation THIS year, but hey, there's nothing wrong with exposure! 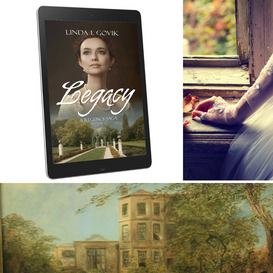 My go-to place when I need to make nice posts for social media.

Design your own marketing material and put it out there for all to see. Simple to use and splendid results, and unless you go for their upgraded service, it's completely free.