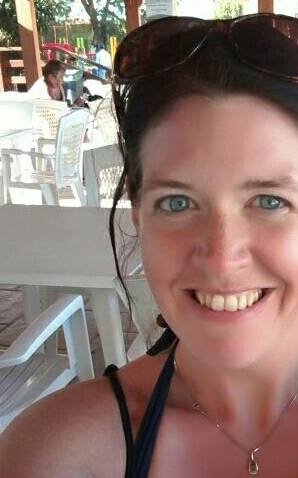 A LADY OF MANY PASSIONS

That's me: someone who has a lot of things going on, all of which she loves (or she won't do them). For example, I love writing, but I also love garden work; running; kayaking; reading; watching documentaries on cooking, and serial killers (sometimes, the two coincides, funnily enough...); travelling; learning about antiques... Well, you name it. It's not easy focusing on one thing, but over the years, I've learned to balance it all, and as a result, I see myself as a person with whom you have a lot to talk about at parties.

I have a Bachelor's degree in Business & Economics, and I currently work as the office manager and safety manager at a rather large company within the oil industry. Alongside that, I'm taking care of the accounting at two smaller associations - one private owned marina, and one association that restores hot bulb engines (it's a long story...). I reside on the west coast of Sweden with my family, and... well... it's a pretty darned good life.

But enough about me! You didn't come to my homepage to read about me, but to get information about books - my books in particular, I suppose, but I'm not a stranger to share my best tips on What To Read (not least while you're waiting for the sequel to Legacy to be published!). I'm thinking I'll update this page from time to time, so the tips may vary, but they are all great books. Ready? Here's the first:

“As Kafka said, “The meaning of life is that it ends.”

Smoke Gets in Your Eyes: And Other Lessons from the Crematory by Caitlin Doughty
My rating: 5 of 5 stars

Accepting death doesn't mean you won't be devastated when someone you love dies. It means you will be able to focus on your grief, unburdened by bigger existential questions like, "Why do people die?" and "Why is this happening to me?" Death isn't happening to you. Death is happening to us all.

I don't know what I thought this book would be about when I bought it. It was recommended to me by a friend, and I guess I figured it sounded neat. I've always been a bit macabre, and I thoroughly enjoyed Mary Roach's "Stiff - the Curious Life of Human Cadavers". I thought this book would be a bit the same. It was too, in a way: it's written in the same no-nonsense, hilarious way, lightening up the rather dreary subject with a LOT of humour, so much so that I actually guffawed on a few occasions. The writing style is personal and light, and the author has a way of addressing you directly, so you almost feel like she's that old friend you meet over a cup of coffee (actually, I think she would be an awesome friend! Can you imagine the conversations?)

But "Smoke Gets in Your Eyes" also had a surprising depth, and I wasn't expecting that. It deals with how burials are handled upon by different cultures, and how these cultures view death (as in, the dead body). I didn't know America is so keen on embalming, for example, and it strikes me as a horrible procedure, just so that the grieving family may see their deceased one last time, and as "naturally" as possible, which in itself is a paradox, as the book will readily reveal to the reader.

In Sweden, we don't get that whole "open casket" thing and this whole horrible embalming process thankfully isn't a thing. At least not that I know of. Caskets are displayed in the chapel sealed, and the body will never be shown, which actually suits me just fine. When my mother died unexpectedly earlier this year, I was asked if I wanted to see her one last time in the hospital. I declined: it didn't feel right and I didn't feel a need to. My sister felt the same way. I never saw her body, neither at the hospital nor in an open casket, and so she lives on in our memory as the person she was when she was alive, which is as it should be. Reading this book, however, makes me realize that this way of thinking is part of MY death culture. For others, the viewing of the body may be as important as the funeral itself. A hundred years ago or so, people cherished photographs of their dead: in those days, that was important to them, and perhaps it was also trendy, as trends play a part in the funeral procedures as well.

This book is about embracing different cultures and trends, to embrace death, and bring it forth as something that is both natural and part of life. As the quote says: death is happening to us all and this book wants to teach us to accept it, and not be afraid neither to live, nor to die.

View all my reviews