Learn more about my writing process 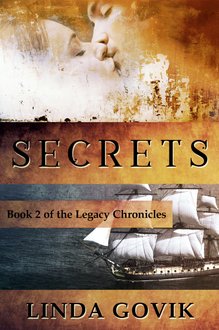 The latest installation in the Legacy chronicles is out now in your favourite bookstore.

Summer finally hit Sweden! We had a rather bad July, so it's needed - BUT, I'm not complaining. Instead of lounging at the beach, I've been forced to get a bit creative, or rather active, during my holiday. Long walks, kayaking and above all, golfing... Yes, I know how that sounds, but golf in Sweden isn't a sport for snobs. Over here, a membership isn't too expensive, and the clubs are open for all. Golf is actually the third largest sport in Sweden, with over 500 000 active. During these times of Covid-19, that number has increased.

I love playing golf, because while it's a challenge, it's rewarding. Even if you hit the ball wrong sometimes, and it heads off into the woods, you know that you CAN do it, and that spurs you on to try again, and again. It's a little bit like writing. Sometimes, you don't hit the target no matter how hard you try but you keep trying until you get there.

I'm currently editing Book 3 in my Legacy Chronicles series, and this golf feeling has been there a lot, let me tell you! It's frustrating to know where you want to go, but not quite being able to get there - but I will, eventually, because I always do.

Don't forget to head over to Smashwords, Kobo, Apple Books or B&N and download the first book in the series - Legacy, which is free for some time to come.